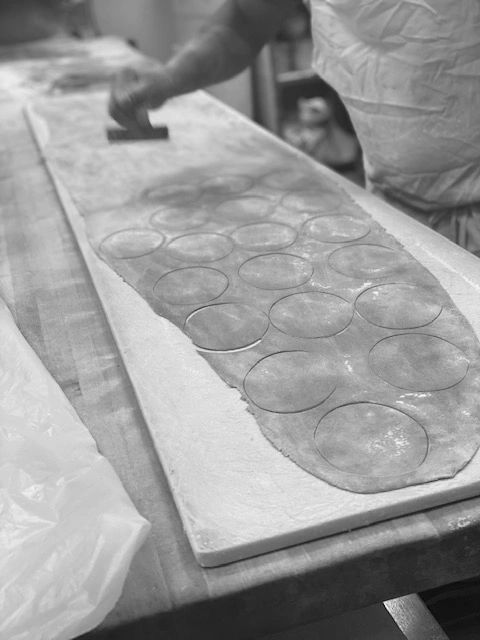 We Bake with Love


Sicilian Bakery has been a family owned and operated business since the 1950's. It began with Silvio Gagliardi (Uncle Silvio) and continues today with Phil Rubino.


In 1972 when Phil was 13 years old, he and his family -mother Francesca, father Simone and his 3 sisters- emigrated from Palermo Sicily.


The Following year, Phil Rubino began going to Uncle Silvio's bakery after school to learn the family business and began his apprenticeship under Uncle Silvio's watchful eye. Sadly Uncle Silvio passed away in 1977.


Phil continued to work at the bakery, learning the business and honing his skills until, 1984, he finally felt ready to take it over.


At that time, Sicilian Bakery was located at 7022 W. Grand avenue. With the help and support of his mother Francesca Phil introduced new pastries, cakes, cookies and variety of Sicilian favorites. Such as arancini, focaccia and iris all while keeping with the old Sicilian traditions.


In 1996, as the family and business grew, the Rubino family decided to open a second location at 4632 N. Cumberland ave. When Francesca retired three years later. Phil decided to close his Grand ave location.


Anthony has made a comminment to his father and family to carry on the families legacy and business. He attended pastry and culinary arts school in order to take Sicilian Bakery into the 21st century.


Today, Sicilian Bakery is a neighborhood staple. Still run by Phil and Anthony. Over the many years, loyal customers and friends from near and far continue to enjoy the special, unique pastries and homemade breads that have been created with family traditions and love.

At Sicilian Bakery, we use fine ingredients and traditional methods to produce exceptional breads, Sicilian foccacia, pastries, cookies, and arancini.

All products are made by hand, the old fashion way, using the original recipes and techniques from Uncle Silvio and Francesca.

Cozy Space to Meet with Friends

Sunny days guarantee that our patio will be full of guests enjoying a treat or two while relaxing. On not-so-sunny days, we also offer comfortable seating inside our bakery.